Radio broadcasting was first trialed in Cherbourg in the late 1980’s early 1990’s. It first commenced broadcasting in the old court house building. Training workshops were organised by Patrick Malone through the local TAFE college. Some of the students then went on to further training at Batchelor College in the Northern Territory.

push came from the then Mayor Cr Ken Bone to have our own local radio station here in Cherbourg. There were several temporary call signs such 4CAS meaning Cherbourg Aboriginal Settlement, 4US Murries.

Cherbourg Radio then continued into a mobile van which was on loan from the ABC until a permanent studio was being built at the current station in Barambah Avenue.

This gave birth in 1998 to the name Us Mob radio which was registered with ACMA – Australian Communication and Media Authority and was granted a low powered narrowcast licence that broadcast to approximately 10km radius. Radio Us Mob station was officially opened on the 11th September 1998 by Cherbourg Community Council Mayor Ken Bone together with Patrick Malone Manager of the Indigenous Broadcasting Unit at the ABC – Australian Broadcasting Commission.

Today we have a community broadcasting licence of 2000 watt which broadcasts to a much larger area of approximately 100km radius within the South Burnett Region and surrounds. 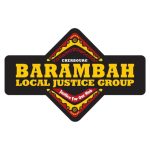 A vacancy exist for a Coordinator at the local Barambah Local Justice Group in ...

Position Vacant with: Department of Seniors, Disability Services and Aborigi... 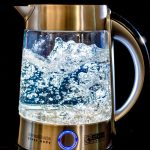 All residents and Guests in Cherbourg Aboriginal Shire Council should boil thei...